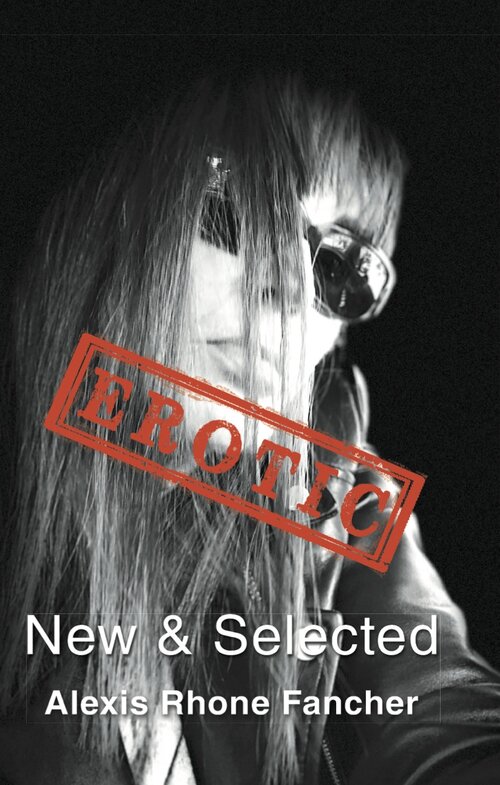 A student undergoing a word-association test was asked why a snowstorm put him in mind of sex. He replied frankly: “because everything does.” Honor Tracy

“I almost grabbed a fistful of you, crammed you in like food.” This theme continues in Tonight I Will Dream of Angelica, My First Ex-Girlfriend, Who Taught Me the Rules of the Road… whom the poet calls “Ms Angel Food” and in Eat, in which the object of the poet’s affection has a smile that “makes me gluttonous, ravenous, makes me eat gelato, and pomme frites, lick pasta with prosciutto in red sauce from the hollow of your throat…” These poems will make your mouth water, make you crave… everything. These poems embody the sexual philosophy of the Marquis de Sade:

Sex is as important as eating or drinking and we ought to allow the one appetite to be satisfied with as little restraint or false modesty as the other.

And, Ms. Fancher would add, we ought to be able to write about it with a similar lack of restraint, which she does.

In Tonight We will Bloom for One Night Only, the poet and her lover become a garden of exotic flowers: moonflowers, mock orange, night phlox, Epiphyllum Oxypetalum, cereus, frangipani, primrose, plumeria, night-blooming jasmine, and more. A mouthful of lusciously sensuous sounds that soar with a musicality that leaves us, as the final word of the poem suggests: “singing.”

Another of the many delights of this collection is the inclusion of several of Ms. Fancher’s photographs. Many of these photos detail the everyday wonders of her once-neighborhood of downtown LA (aka DTLA): a doorway graffitied with the image of Andy Warhol, a lost girl, the sexy waitress at the local diner, club kids, rain, all imbued with a sexy noir quality that punctuates and enhances the poetry, in an ongoing dialog, answered by poems referencing photographs or photography such as Portrait of a Woman’s Vagina as an Aerial Photograph and Polaroid SX-70 Land Camera. Is Ms Fancher a poet-photographer or a photographer-poet? Yes. Her photographs are poetic and her poems, with their wealth of visual details, work like photographs with words as pixels.

One of my favorite forms she employs is the “list poem,” as in How I Lost My Virginity to Michael Cohen (title poem of her first collection) and Casual Cruelty, one of her group of “sister poems” in which we feel the push/pull, love/hate of all sisters, the poet’s desire for closeness even as they compete for men, for clothes, for youth, for their mother’s love. Sometimes this competition goes south for the poet, as in when your mother convinces you to take in your homeless younger sister…

This poem, like many others in the collection, reminds us, that even while life is a sexual buffet, the piper must still be paid, and the cost is high. Yet still, the poet tells us, we are all human, all apt to tread on the fingers and feet of those we love. So, she enjoins us at the end of the poem:

Forgive your sister as she has forgiven you.

The Dead Kid Poems on Amazon

The Only Light Coming In by Joseph Hardy