Today is May Day, an international spring holiday in the Northern Hemisphere. People dance around May poles, leave baskets of flowers on doors, generally celebrate the return of warm weather. There has been plenty of poetry about spring, flowers, the giddiness of the season after a long winter. And those are poems that we all need from time to time, poems that make us feel like rushing out and falling in love. 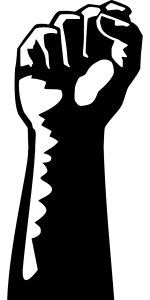 International Workers Day is another May 1 holiday first observed in 1890 to honor people killed in the Haymarket affair. The Haymarket affair refers to the labor demonstrations of 1886 when Chicago workers united in Haymarket Square in favor of an eight-hour workday with better working conditions. Violence broke out, a bomb went off. People died. And labor kept pushing for better conditions.

Plenty of literature evolved from the labor movement, some written by workers and some written by those who sympathized with workers, which makes for entirely different audiences. One genre that developed in the U.S. in the 1920s and 1930s was proletarian poetry, which offered the working-class perspective. The New Masses, a leftist magazine established in 1926, played a large role in promoting and defining proletarian poetry, as well as in encouraging working-class writers.

For this May 1, we offer you links to a bit of proletarian poetry. We suggest that this poetry has plenty of relevance today, with ties to current movements like the breakbeat poets who also take on capitalism among other things. Whether you are a worker or you sympathize with workers, there is truth and history in this literature. Take a little break, follow the links, feel these voices.

Poem in the American Manner by Dorothy Parker
https://www.poetryfoundation.org/poems/58188/poem-in-the-american-manner

The crowd at the ball game by William Carlos Williams
https://www.poetryfoundation.org/poems/45498/the-crowd-at-the-ball-game