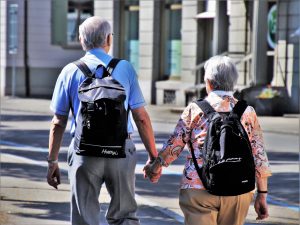 Considering it is just after Mother’s Day, with Father’s Day looming on the horizon, I thought I’d talk about writing poems about parents. We get a lot of those type of poems at Gyroscope Review. It’s an important topic as poets work through their feelings about parents and the past – and sometimes the future. It’s a deeply personal topic, and there is a fine line between the danger of lapsing into sentimentality or letting the poem explore the theme. Writing about the loss of a parent, or a parent with cancer is a tough topic. Look for the universal in the subject. People will care a lot more about the poem if they can see themselves in it. They might be indifferent about your pain, but let them see how it’s everyone’s pain and they are on board.

Other parent poems we get are about the act of raising a child with all the cliches of childhood. Skinned knees, first dates, learning to ride a bike. How do you open that up? Approach it from a father’s point of view, or a sibling, or the skinned knee itself. Take us somewhere new. Make us see the subject in a different light, one we haven’t thought of before. What we don’t see is enough poems about the intricacies of being a parent. What it’s like to raise a special needs child, or a gender fluid child. Or a bullied child. Or an autistic child navigating the everyday world. Put us in your sneakers. As a parent, how do you approach these topics without echoing breathless news headlines?

Here are some Gyroscope Review poems and the issues they are in to explore:

Mother’s and Father’s Day make everyone hyper-focus on tradition—cards, ties, a bouquet of flowers.  Dig deeper. What if, as a parent, or a child, you never gave or received any gift on those days? How would you feel? Does acknowledgement matter? Has it torpedoed a relationship? Is it revenge for an imagined slight? Self-preservation?

Parents aren’t as simplistic as we remember them to be. They have lives outside of their children. We often are exploring through poetry our relationship with a parent, and how it’s changed now that we’ve gotten older (and so have they). We should no longer look back with nostalgia, but with the critical eye of the poet, ready to write the truth, no matter how unpleasant it might be, or what it might reveal about ourselves. That’s a tough order. But poets are up to the challenge.