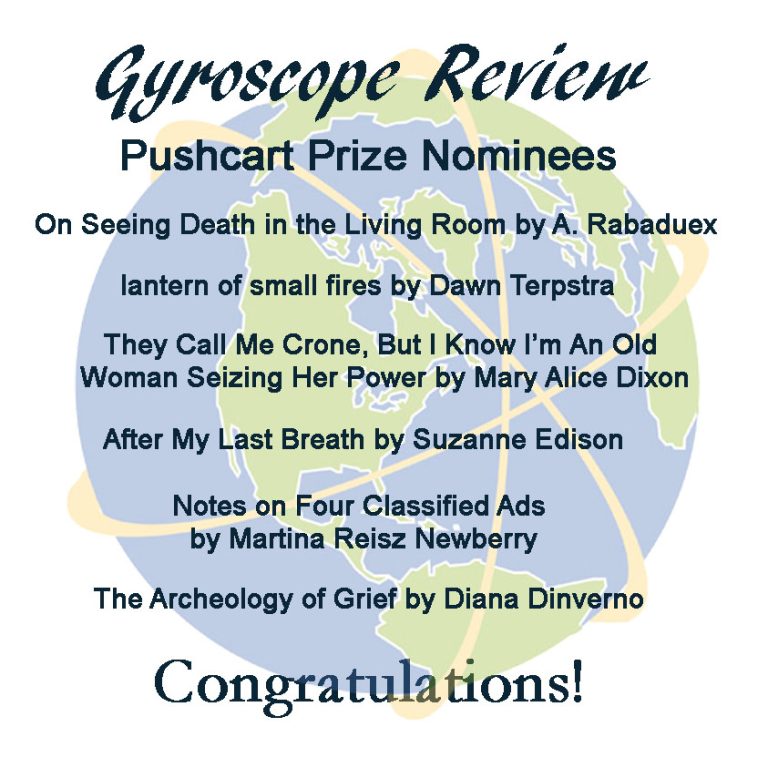 Gyroscope Review is pleased to offer the following poems as our nominees for the Pushcart Prize. You can read all the poems on this page, although you might want to check out the back issues and see the other fine works contained in each issue. Every year it’s very difficult to limit ourselves to 6 poems out of the over 200 we publish. After a lot of reading and discussion, here are our nominees from the 2021 issues of Gyroscope Review.

PDF versions of Back Issues