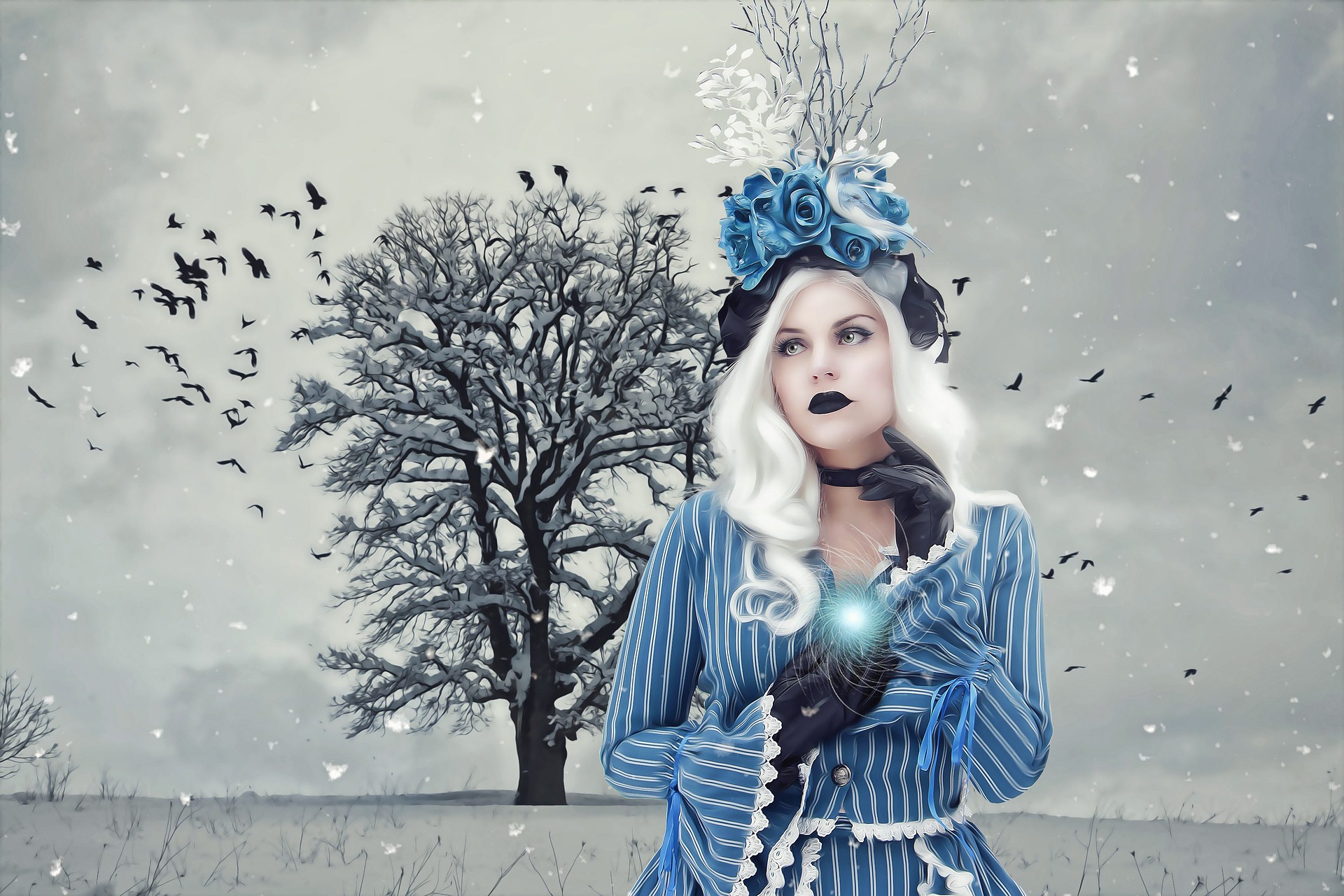 The current reading period at Gyroscope Review has been challenging for some poets who would like to send us work. Given that we have limited all submissions to the theme of Crone Power, we understand that some have decided this topic isn’t for them. We have seen some comments on our social media about displeasure with the topic of crones. I’ve been thinking that perhaps that displeasure comes from a misunderstanding about the potential behind the idea of the Crone.

With that in mind, I was so disappointed that when I typed the word, “crone,” into my Mac’s dictionary app, the first definition that came up was, “an old woman who is thin and ugly.” My paperback Oxford English Dictionary wasn’t much better: “crone n. an ugly old woman. Origin: Old French caroigne ‘carrion’.” And my American Heritage College Dictionary went further into the unappealing side of what a crone is: “An ugly, withered old woman; a hag….carrion, cantankerous woman.”

What editors oversaw such narrow definitions? Certainly not any with a comprehensive education around the use of the word, “crone.” And these definitions don’t do writers who research the word much good. A starting point, perhaps – one to argue with.

In the Wiccan tradition, the Crone is associated with post-menopausal women, the New Moon, a lifetime of accumulated wisdom. She is powerful, demands death and sacrifice. In other traditions, she is helpful, protective, a guardian to the Otherworld, keeper of knowledge that includes medicinal cures. If we consider the Crone as a metaphor for older women, then she becomes a way to remain vibrant and valued in a society that too often places more emphasis on younger people. She becomes a direct rebuttal of the invisibility that older women feel when they try to be heard.

What is a Crone today? That is the very question we want poets to tackle. What is it about being an older woman that is valuable to all? What is unseen and unappreciated that a poet can bring to light? What insights have surprised women who are in this New Moon phase of their lives? What strengths have appeared along with hard-earned wisdom? What inspirations can be drawn from fairy tale images of the Crone as witch (both good and bad), fairy godmother, protector? What would a grandmother-protector do right this minute in the United States? Elsewhere in the world?

This is a huge topic. It is one that could keep a writer busy for years, long past the time when our planned Crone Power issue has turned to dust. Dig in, poets. Draw on your wisdom, your strength, and your bravery.